Amateurs sit and wait for inspiration, the rest of us get up and go to work. – Stephen King 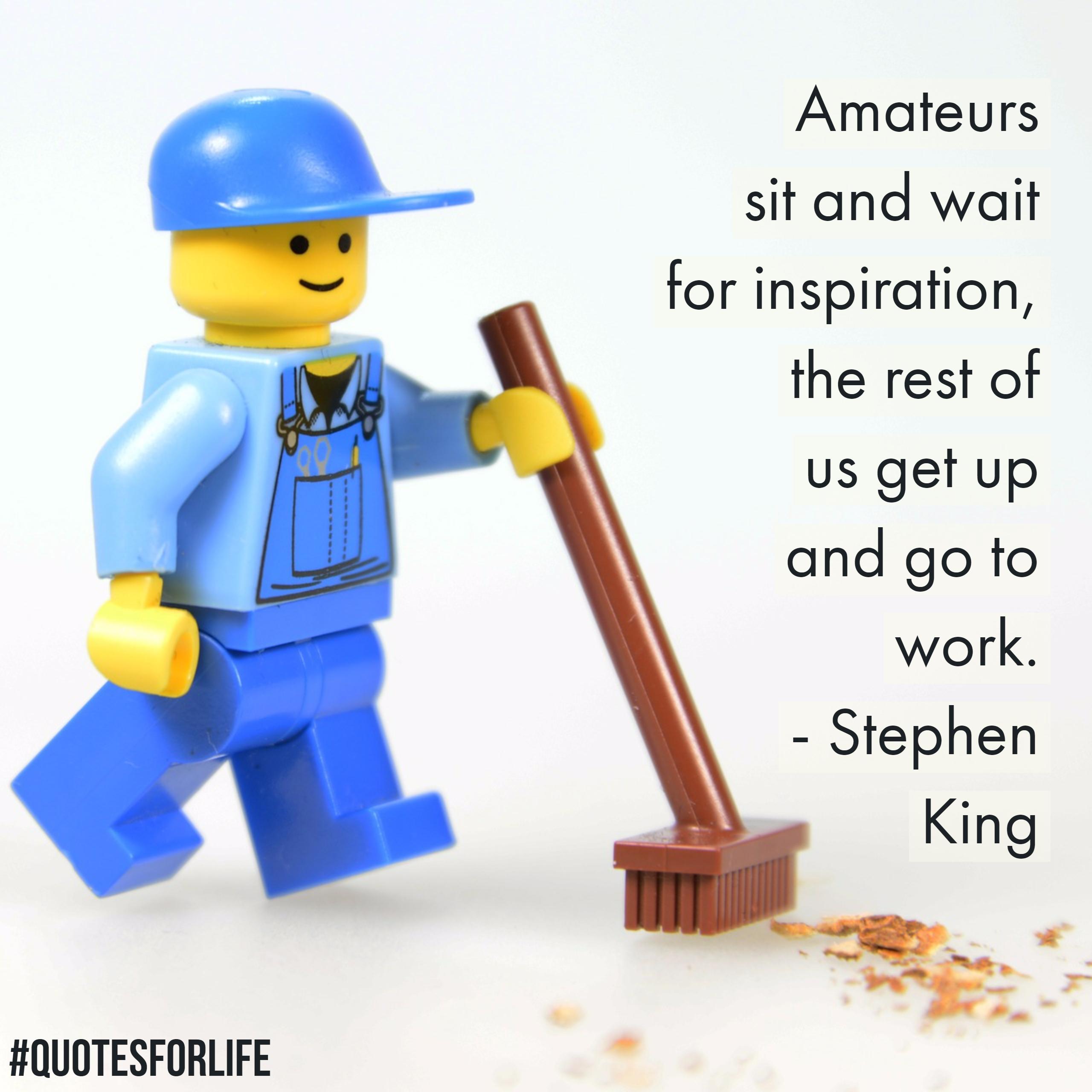 “Amateurs sit and wait for inspiration, the rest of us get up and go to work.” – Stephen King

Stephen Edwin King (born September 21, 1947) is an American author of horror, supernatural fiction, suspense, science fiction, and fantasy. His books have sold more than 350 million copies, many of which have been adapted into feature films, miniseries, television shows, and comic books. King has published 54 novels, including seven under the pen name Richard Bachman, and six non-fiction books. He has written nearly 200 short stories, most of which have been collected in book collections. Many of his stories are set in his home state of Maine. His novella Rita Hayworth and Shawshank Redemption was the basis for the movie The Shawshank Redemption which is widely regarded as one of the greatest films of all time.

King has received Bram Stoker Awards, World Fantasy Awards, and British Fantasy Society Awards. His novella The Way Station (1980) was a Nebula Award novelette nominee. In 2003, the National Book Foundation awarded him the Medal for Distinguished Contribution to American Letters. His short story “The Man in the Black Suit” (1994) received the O. Henry Award. He has also received awards for his contribution to literature for his entire oeuvre, such as the World Fantasy Award for Life Achievement (2004), the Canadian Booksellers Association Lifetime Achievement Award (2007), and the Grand Master Award from the Mystery Writers of America (2007). In 2015, King was awarded with a National Medal of Arts from the United States National Endowment for the Arts for his contributions to literature.