The strength of the team… 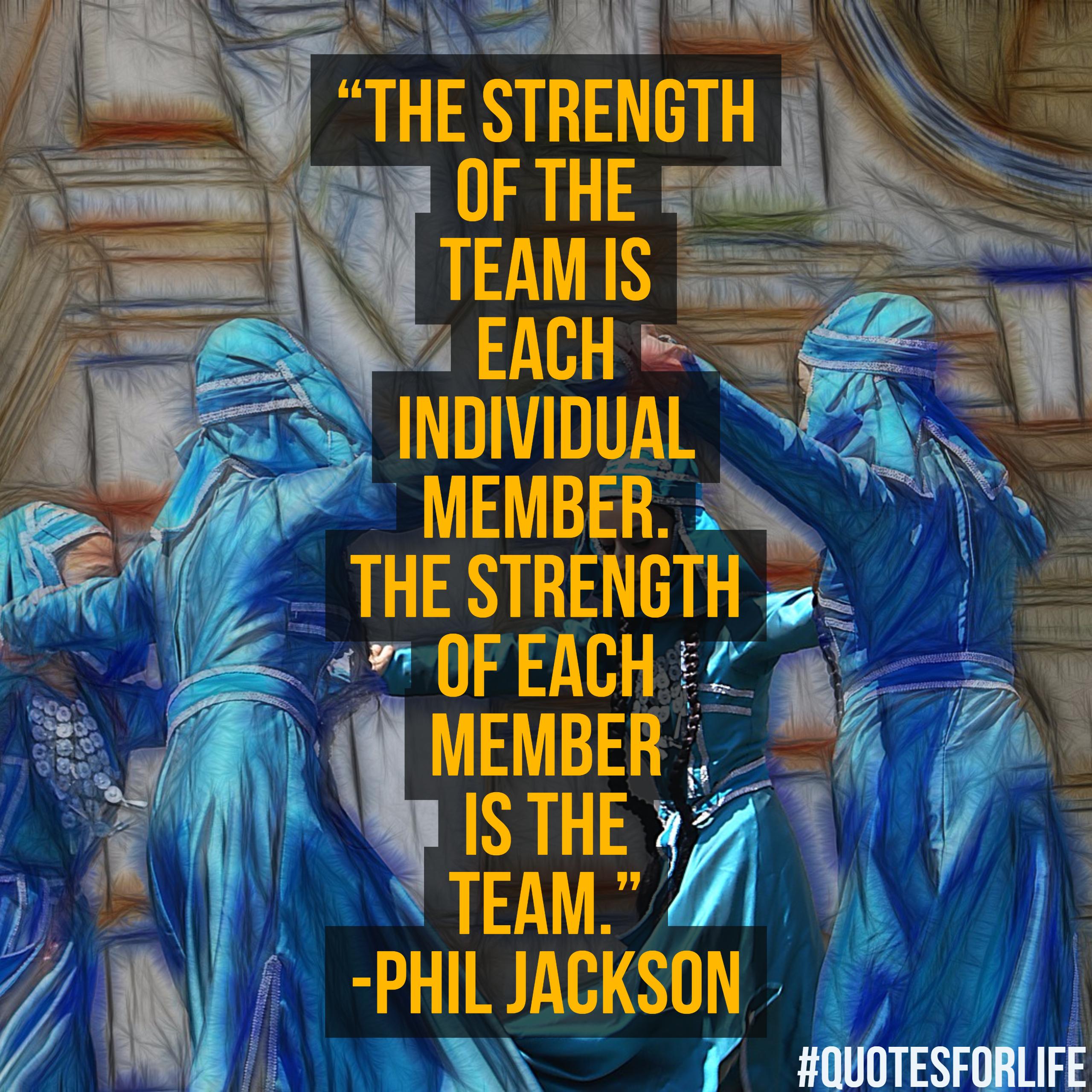 Philip Douglas “Phil” Jackson (born September 17, 1945) is an American professional basketball executive, former coach and former player, currently serving as president of the New York Knicks in the National Basketball Association (NBA). Jackson was the head coach of the Chicago Bulls from 1989 until 1998, during which Chicago won six NBA championships. His next team, the Los Angeles Lakers, won five championships from 2000 until 2010. In total, Jackson has won 11 NBA titles as a coach, surpassing the previous record of nine set by Red Auerbach. He also won two championships as a player with the Knicks in 1970 and 1973, and holds the NBA record for the most combined championships as a player and a head coach.
He is the author of several candid books about his teams and his basketball strategies. Jackson is also a recipient of the state of North Dakota’s Roughrider Award. In 2007, Jackson was inducted into the Basketball Hall of Fame. In 1996, as part of celebrations for the National Basketball Association’s 50th anniversary, Jackson was named one of the 10 greatest coaches in league history. He retired from coaching in 2011 before joining the Knicks as an executive in March 2014.
Along with being called the “Zen Master”, Jackson is known for his holistic approach to basketball, as well as being the master of mind games. He was great at getting superstars to compromise their personal statistics for the benefit of the entire team. For example, Jackson was successful at getting Michael Jordan, Scottie Pippen, and Dennis Rodman to play their best as a collective unit and win championships while coaching the Bulls. He later was able to get Shaquille O’Neal, Kobe Bryant, and others to play as a team and win titles for the Lakers. He would assign books for the players to read that fit their personality or playing potential. He knew when to push a player and when to hold back. He applied his Zen Buddhist philosophies to coaching, taking a non-traditional approach and getting players that may have been selfish in the past to play to the maximum level as a team.

Thank you for the vote!
YES1
NO0