“That which does not kill us makes us stronger.” – Friedrich Nietzsche 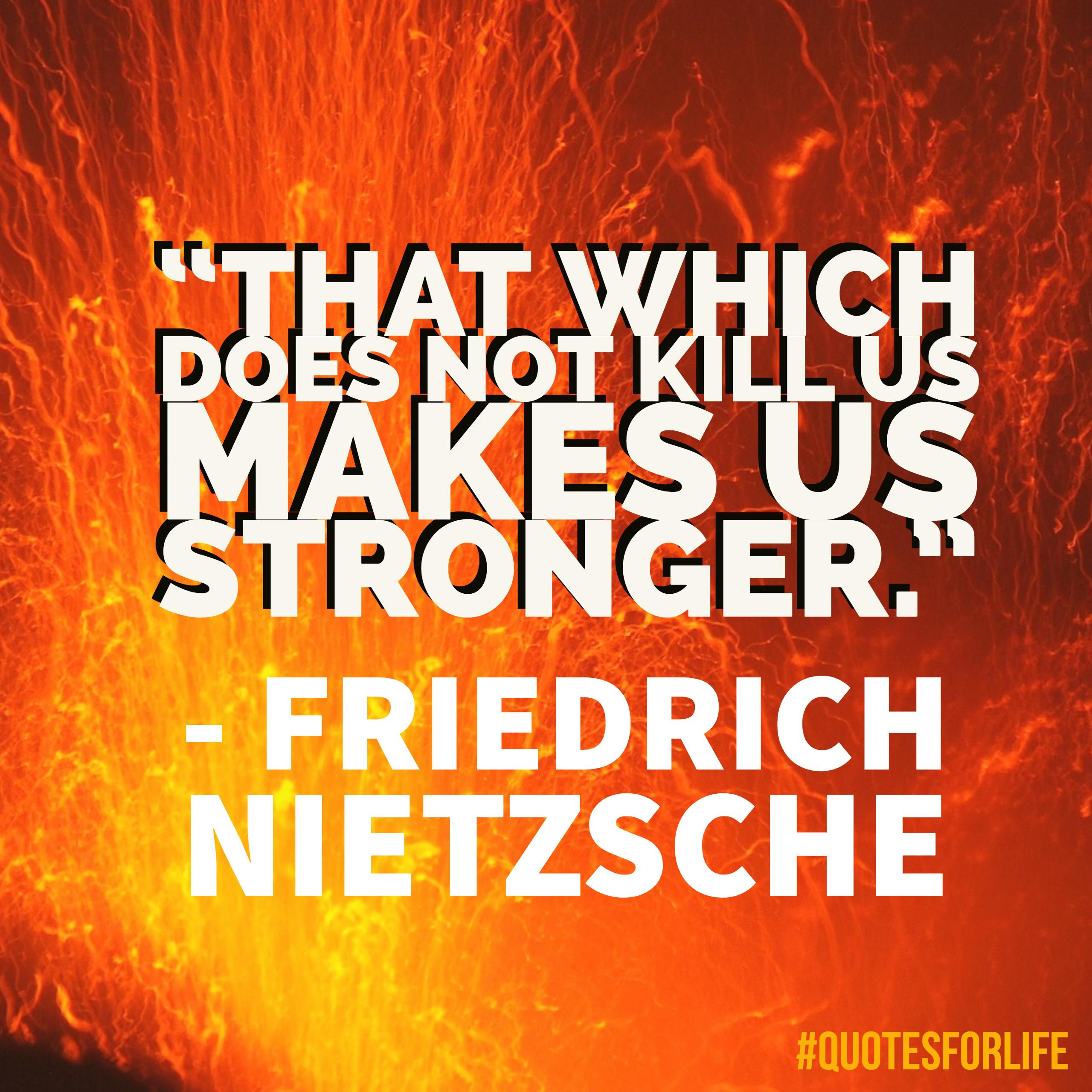 “That which does not kill us makes us stronger.” – Friedrich Nietzsche

Friedrich Wilhelm Nietzsche (15 October 1844 – 25 August 1900) was a German philosopher, cultural critic, poet, philologist, and Latin and Greek scholar whose work has exerted a profound influence on Western philosophy and modern intellectual history. He began his career as a classical philologist before turning to philosophy. He became the youngest ever to hold the Chair of Classical Philology at the University of Basel in 1869, at the age of 24.

Nietzsche’s body of work touched widely on art, philology, history, religion, tragedy, culture, and science, and drew early inspiration from figures such as Schopenhauer, Wagner, and Goethe. His writing spans philosophical polemics, poetry, cultural criticism, and fiction while displaying a fondness for aphorism and irony.
Nietzsche resigned in 1879 due to health problems that plagued him most of his life, and he completed much of his core writing in the following decade. In 1889, at age 44, he suffered a collapse and a complete loss of his mental faculties. He lived his remaining years in the care of his mother until her death in 1897, and then with his sister Elisabeth Förster-Nietzsche, and died in 1900.